Does This Photo Prove We Faked the Moon Landing?

On July 20, 1969 at 10:56 p.m., NASA announced to the world that the United States had successfully put a man on the Moon, which means that by 10:57 p.m. there was probably a network of people sending postcards to one another with theories on how the government faked it.

The idea that it was all a Hollywood production has persisted over the past five decades, and now there is a piece of evidence gaining traction online that some believe is definitive proof that it never happened.

YouTuber StreetCap1 posted a video this week discussing a photo that he says is from the 1972 Apollo 17 mission to the Moon.

In the photo, according to the narrator, a human male not wearing a spacesuit can be seen in the reflection of an astronaut's helmet.

"It looks like a man, back in the early '70s," he says while highlighting sections of the image, "long hair you know, wearing some sort of waistcoat-type thing."

He adds that in 2009 there was "some dispute" over the legitimacy of the image, but says that viewers can let him know what they think after seeing it for themselves.

StreetCap1 included a link to the photo, which comes from the NASA archive and shows astronaut Eugene A. Cernan standing near a rock at the Taurus-Littrow landing site on December 13, 1972. According to NASA, Harrison H. Schmitt took the picture and several others during the mission. 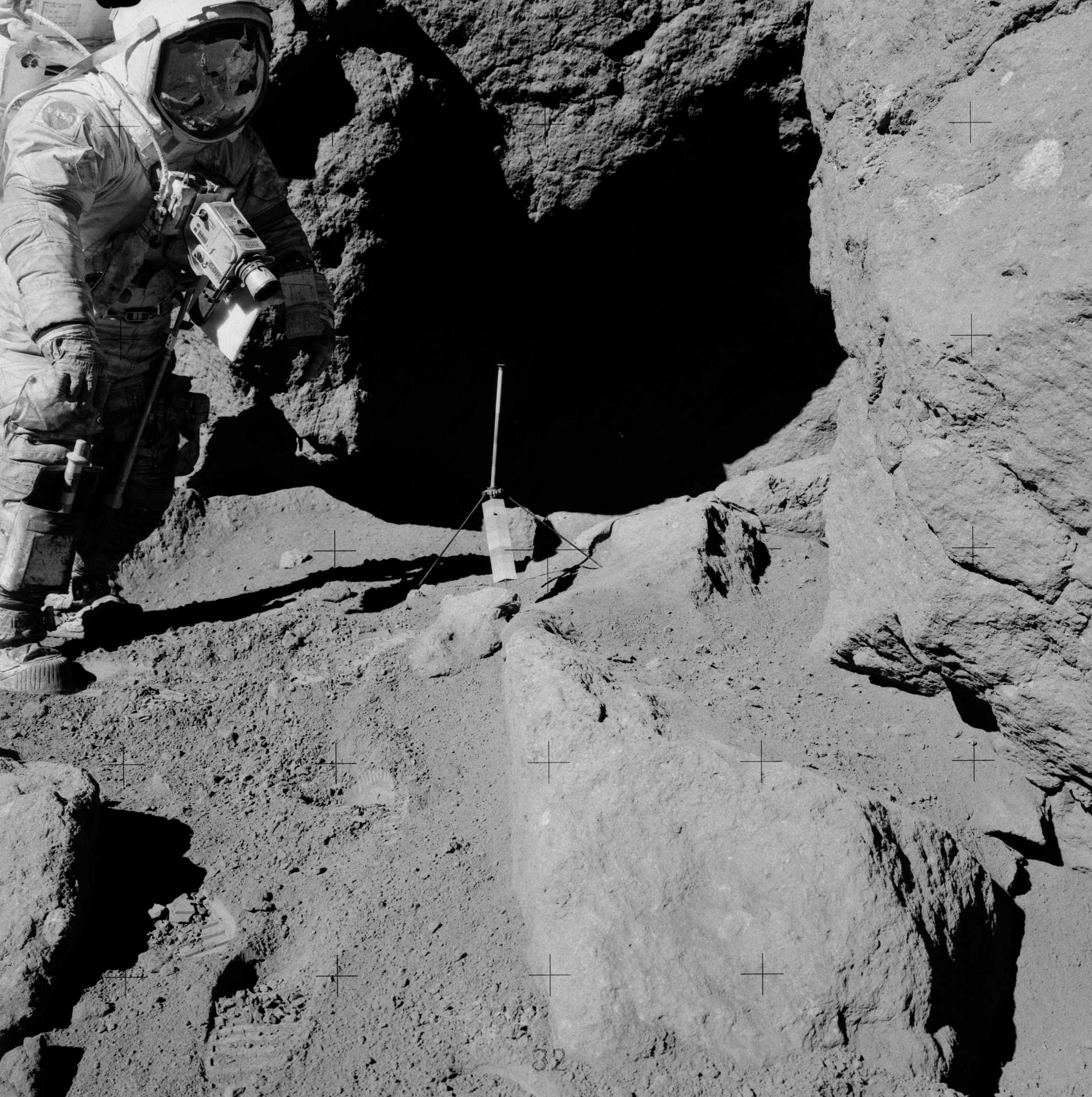 In other images from the agency's Apollo 17 photo archives, Schmitt can clearly be seen reflected (wearing his suit) in his colleague's visor.

Commenters on the YouTube video dismissed the theory as nonsense or Photoshop, but there are some who agree with StreetCap1's analysis of the black-and-white image.

You've seen the photo and heard the argument, so who do you side with? And where do you think the long-haired man is photobombing people now?
Science
NASA
Space
Moon
Does This Photo Prove We Faked the Moon Landing?
No
Popular This Week