Astronauts may soon be cruising the stars in style, thanks to aerospace and defense company Lockheed Martin and the new plans they have cooked up in partnership with NASA. 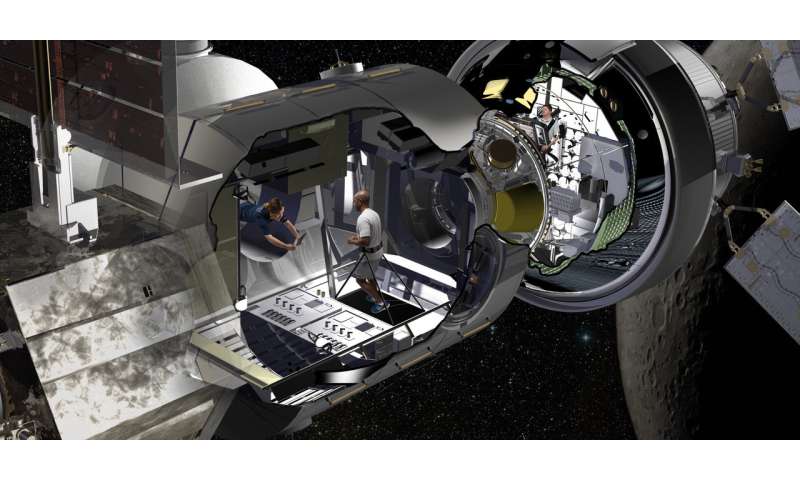 According to Inverse, Lockheed Martin and five other companies entered a $65 million contract with NASA this year to develop habitats for astronauts on deep space missions. The Lockheed Martin vessel is based on older plans for the Donatello Multi-Purpose Logistics Module, which never got to live out its destiny (taking supplies to the International Space Station)."You think of it as an RV in deep space," program manager Bill Pratt said of the new prototype at a presentation at the Kennedy Space Center last week. If Lockheed Martin's plan is chosen, the space RV will house exercise equipment, life support systems, and other tools and amenities to keep up to four astronauts comfortable during their long journey. "When you're in an RV, your table becomes your bed and things are always moving around, so you have to be really efficient with the space," Pratt said. "That's a lot of what we are testing here."

The plan is to attach the spacecraft to the Deep Space Gateway, but the astronauts would not ride the vessel into orbit. Instead they would take Orion, which has been in development since 2004, and meet their new home in space. There doesn't seem to be a ton of space inside of the ship, but astronauts probably know better than to expect a three-bedroom apartment and a patio. According to Popular Mechanics, it may be a while before this plan gets off the ground, considering the fact that Deep Space Gateway may not be completed and operational until 2030. "We want to get to the moon and to Mars as quickly as possible," Pratt said at the presentation, "and we feel like we actually have a lot of stuff that we can use to do that."

Popular This Week
Related Stories
Hyperspace Drive? NASA Engineer Claims 'Helical Engine' Could Propel Spacecraft at 99% of the Speed of Light
MIT and NASA Engineers Reveal Aircraft Wing That Changes Shape During Flight
Scientists Are Creating Rare, Dangerous Plutonium-238 for the First Time Since the Cold War...for NASA
A Closer Look at Boeing's CST-100 Starliner Spacecraft For NASA
Trending
Star Wars DC Comics Space Marvel Technology Astronomy Robotics
Related Stories
That Hole in the ISS Was Drilled From the Inside, Astronauts Say
Christmas Miracle? NASA Says They Haven't Given Up Hope for the Opportunity Rover Yet
Subscribe
Popular This Week