It took a little over three months, but NASA is reporting that its $830 million InSight (Interior Exploration using Seismic Investigations, Geodesy and Heat Transport) space probe has made it beyond the halfway point of its journey from Vandenberg Air Force Base in California to Mars. If the mission continues as planned, the probe will land on the Red Planet by the end of the year and will begin its actual job: listening to the planet.

"As of Aug. 20, the spacecraft had covered 172 million miles (277 million kilometers) since its launch 107 days ago," NASA said in an update. "In another 98 days, it will travel another 129 million miles (208 million kilometers) and touch down in Mars' Elysium Planitia region, where it will be the first mission to study the Red Planet's deep interior." InSight is outfitted with a six-sensor seismometer called the SEIS instrument (Seismic Experiment for Interior Structure) that measures ground motions, a Heat Flow and Physical Properties Package instrument that will burrow into Mars' surface to measure the amount of heat that is escaping from its interior, and a Rotation and Interior Structure Experiment (RISE) that will detect deviations in the planet's rotation axis. All three of the main instruments were tested back in July, and InSight principal investigator Bruce Banerdt says that the spacecraft is ready to get to work. 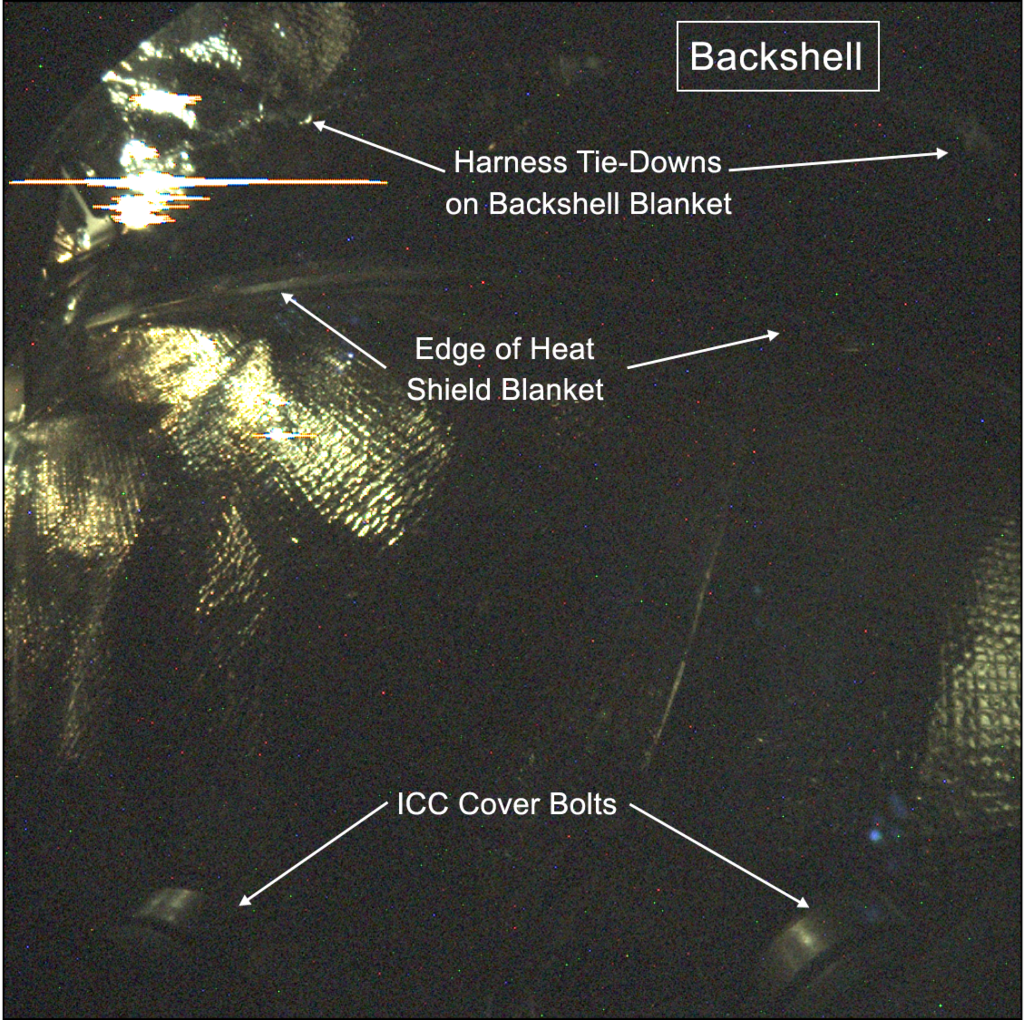 InSight also recently tested its camera by sending home a selfie of its backshell (above), which is not as dirty as it sounds. "If you are an engineer on InSight, that first glimpse of the heat shield blanket, harness tie-downs and cover bolts is a very reassuring sight as it tells us our Instrument Context Camera is operating perfectly," said project manager Tom Hoffman. "The next picture we plan to take with this camera will be of the surface of Mars."

The expected landing date for the probe is November 26, so mark your space calendars and keep an eye out for InSight's next selfie.