Earlier this month, NASA spotted something particularly bizarre while flying over the Antarctica: a perfectly formed iceberg with rectangular edges and a seemingly unnatural flat surface. The images of the tabular iceberg went viral, but it turns out were only seeing part of the story. A newly released image shows that there is at least one other weird iceberg nearby with slightly less perfect edges that was just out of frame from the original photograph.

According to Jeremy Harbeck, senior support scientist with Operation IceBridge and the photographer responsible for the viral images, the real point of interest at the time the photos were snapped were not the strange icebergs themselves, but a much larger one (the size of Delaware) that broke off of the Larsen C ice shelf last summer. "I thought it was pretty interesting; I often see icebergs with relatively straight edges, but I've not really seen one before with two corners at such right angles like this one had," he said in a statement. "I was actually more interested in capturing the A68 iceberg that we were about to fly over, but I thought this rectangular iceberg was visually interesting and fairly photogenic, so on a lark, I just took a couple photos." The corner of the second iceberg can be seen just behind the plane's engine. 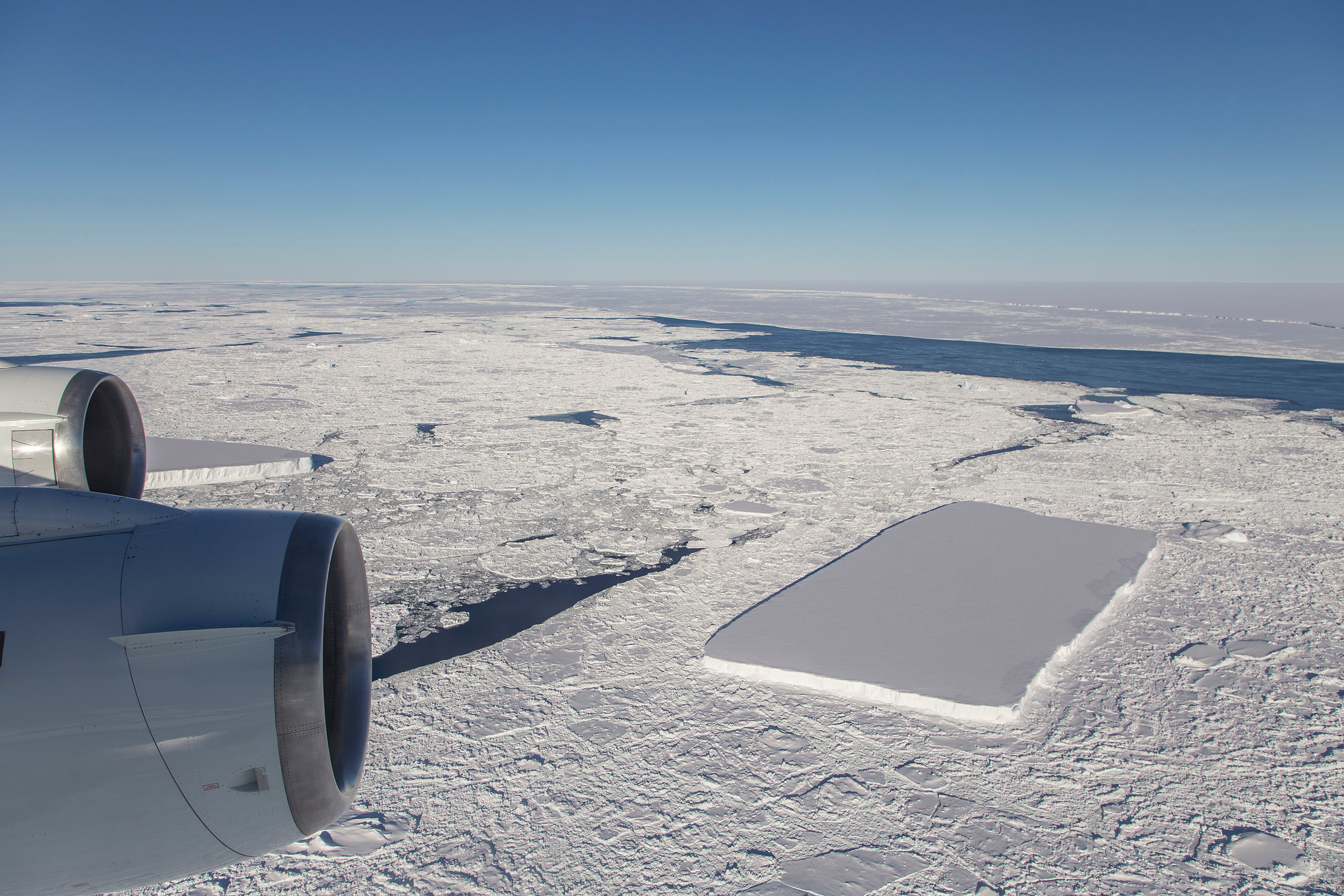 The experts have already explained that the alien platforms are of this world and completely natural, but seeing two of them side-by-side feels weirder than seeing the one on its own. It's like if Stonehenge was one finger-like boulder in the middle of a field, versus the very deliberate and mysterious arrangement that currently stands in Wiltshire, England. Fast forward a few years and Nicolas Cage may be drawing lines between these icebergs to reveal secrets in a cosmic sequel to National Treasure.