< >
NASA/Naval Research Laboratory/Parker Solar Probe
NASA's Parker Solar Probe launched back in August with the mission to get closer to the Sun than any spacecraft has before. The probe hasn't quite reached its target approach of 4 million miles yet, but it is well on its way. In a recent update, the probe team shared an image taken by their little Icarus when it was around 16.9 million miles from our parent star, and the view will make you sweat.

Taken by the Parker Solar Probe's WISPR (Wide-field Imager for Solar Probe) instrument, the speckled orange image shows inside of the sun's outer atmosphere and features a coronal streamer, which NASA defines as a structure of solar material in the corona that typically overlies a region of increased solar activity. The Sun's closest friend, Mercury, also makes an appearance in the image as the bright dot near the center. 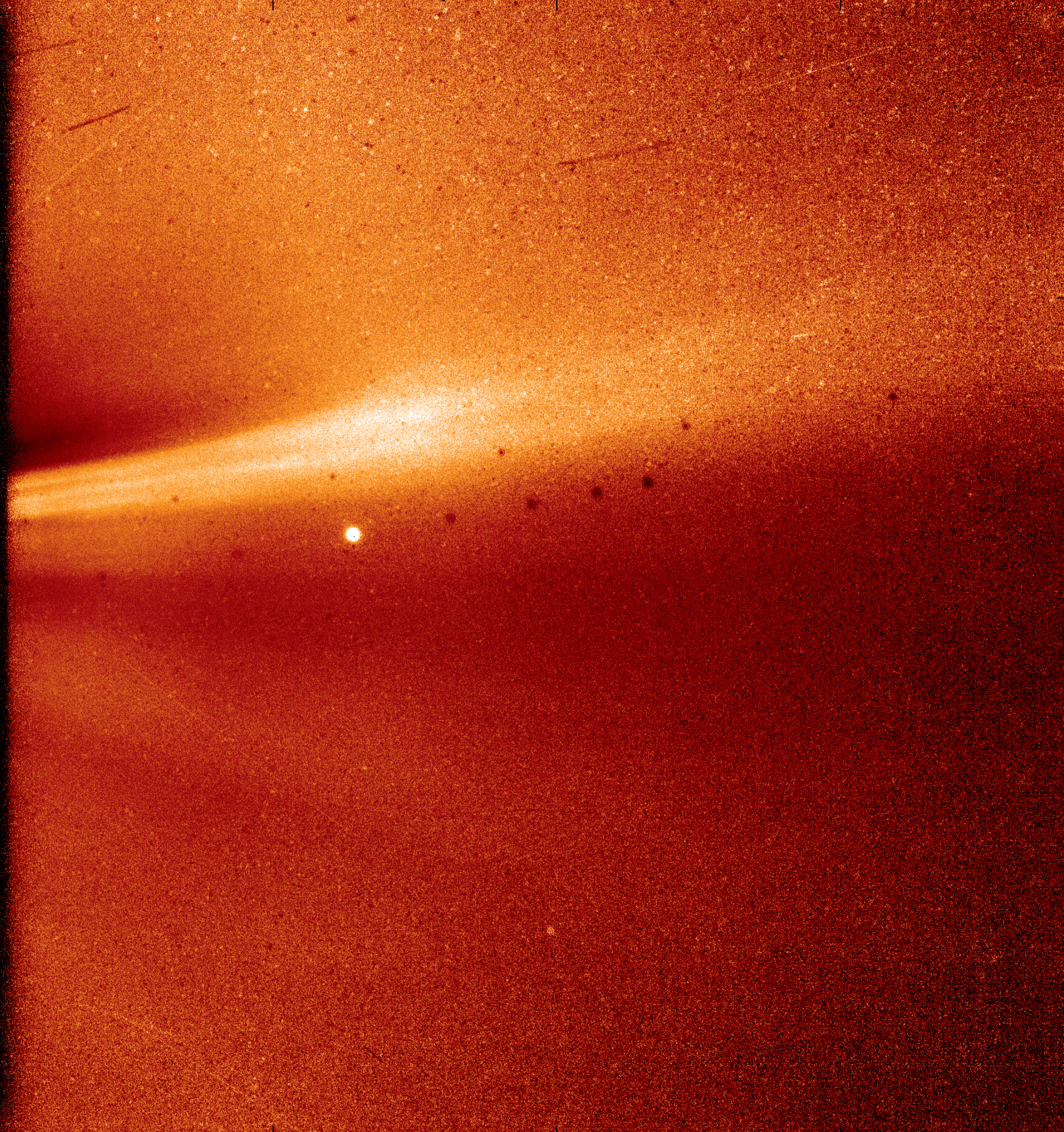 The image and other data comes from the Parker Space Probe's first solar approach, which took place during the 12-day period between October 31 and November 11. The complete data set won't be available to the scientists until April when the probe goes in for a second flyby. "Parker Solar Probe is providing us with the measurements essential to understanding solar phenomena that have been puzzling us for decades," said PSP project scientist at the Johns Hopkins University Applied Physics Lab, Nour Raouafi. "To close the link, local sampling of the solar corona and the young solar wind is needed and Parker Solar Probe is doing just that."

16.9 million miles may seem like a vast distance, but trust that it is not where you want to be. PSP, its instruments, and its heat shield were made to withstand extreme temperatures up to 3000 degrees (Fahrenheit). To learn more about why it hasn't melted yet, check out the explainer below from the experts at NASA Goddard.