The Sun Will Turn Into a Solid Crystal When It Dies, Astronomers Say

< >
Adapted from images by Sudhamshu Hebbar CC BY 2.0 & Pixabay
Before you get too excited: none of us will be alive to witness this, so you'll have to use your imagination to picture what it would look like. Using data from the ESA's Gaia satellite, an international group of researchers claim to have found evidence that supports the theory that when massive white dwarf stars like our brilliant host (the Sun) burn out and die, they solidify into metallic crystals. 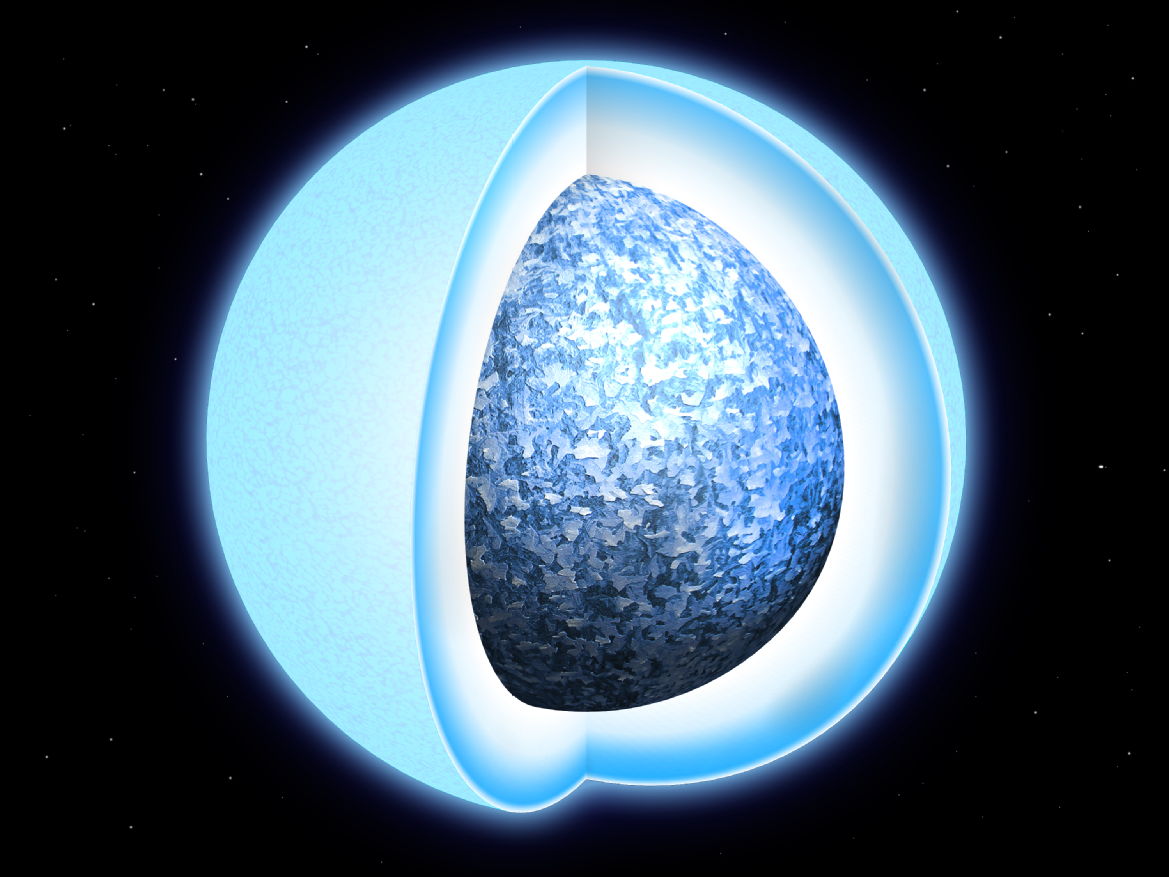 Using the satellite data, the astronomers selected 15,000 white dwarf stars in a 300 light year radius and analyzed their luminosities and color. What they found was a "pile-up," or a large group of stars at specific colors/luminosities that "do not correspond to any single mass or age." The hypothesis that provided the basis for the research was made in the late 1960s in an article published in Astrophysical Journal by H.M. Van Horn of Rochester University, but until now it had remained only a hypothesis. "This is the first direct evidence that white dwarfs crystallise, or transition from liquid to solid," University of Warwick physicist Pier-Emmanuel Tremblay said in a press release. "It was predicted fifty years ago that we should observe a pile-up in the number of white dwarfs at certain luminosities and colours due to crystallisation and only now this has been observed."

Tremblay says that all white dwarf stars crystallize at some point, but added that "more massive white dwarfs go through the process sooner. This means that billions of white dwarfs in our galaxy have already completed the process and are essentially crystal spheres in the sky." As for our Sun, the researcher and his colleagues estimate that it will undergo the crystallization process in around 10 billion years, give or take. "Before Gaia we had 100-200 white dwarfs with precise distances and luminosities – and now we have 200,000," Tremblay said, giving the satellite the bulk of the credit for the research team's discovery. "This experiment on ultra-dense matter is something that simply cannot be performed in any laboratory on Earth."

Popular This Week
Related Stories
Astrophysicists Just Saw an Ancient Dormant “Monster Galaxy” Dating Back to Big Bang That's Floating Dead in the Universe
There Is a ‘Budget’ for How Many Black Holes Can Exist in Our Universe According to New Research from Vanderbilt University Astrophysicist
Astronomers Eye New ‘Invisible’ Stars Using One Key Principle Predicted by Einstein’s Theory of General Relativity
Einstein Was Right: Scientists Spot White Dwarf Star Dragging Space-Time Around Like A Security Blanket
Trending
Star Wars DC Comics Space Marvel Technology Astronomy Robotics
Related Stories
This Astrophysicist Is Hunting for a Binary Black Hole at the Center of Our Galaxy
Can Planets Orbit a Black Hole the Same Way They Orbit Stars? New Astrophysical Models Say It's Possible
Subscribe
Popular This Week