It Doesn't Matter What You Believe: Interactive Map Shows How Climate Change Will Affect American Cities

There's a saying in the legal profession regarding those who unwittingly commit crimes: "ignorance of the law is no excuse." Didn't realize you couldn't carry painkillers in your suitcase without documentation to Saudi Arabia? Tough luck. Didn't know you were required to keep your pistol in a locked, closed container when driving to the range? Tell it to the judge. It's a simple formula: if you break a law either knowingly or unknowingly and you get caught, there's a fair chance that you will be punished. That same logic could apply to the realities of climate change. It doesn't matter if you believe in it or not. It doesn't matter whether you cherry pick evidence supporting pseudo-science bought and paid for by big oil to support your spurious argument. It doesn't matter if you post "Fake News" memes every time you come across a report of it. It doesn't matter if you claim the whole thing is a hoax. It doesn't matter if you choose to ignore the data or base your judgement on a misunderstanding of the difference between weather and climate.

Ignorance, whether willful or passive, will not protect you from the effects of climate change. Unlike the games of chance people play with human law, there's no dodging the effects of natural law.

The effects are becoming clearer and clearer. A new study published in Nature Communications by researchers Matthew C. Fitzpatrick of the University of Maryland Center for Environmental Science and Robert R. Dunn of North Carolina State University provides a harrowing look at how the climates of American cities will change over the next six decades. Using decades worth of climate data, the two scientists developed an interactive map of projections for the year 2080. 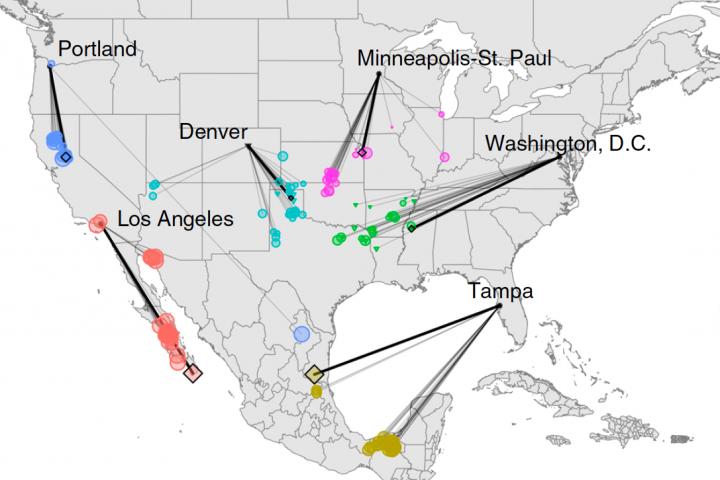 The bottom line? It's getting hotter. Northern regions are becoming more like southern ones. The authors warn that the "climate of most urban areas will shift considerably and become either more akin to contemporary climates hundreds of kilometers away and mainly to the south or will have no modern equivalent." New York summers will feel like Arkansas summers. D.C. will feel the swamp heat of a Mississippi July. Portland, Oregon will be more like a modern Baltimore. For southerners, there's even more warmth: Miami will experience the heat of southern Mexico. "If emissions continue to rise throughout the 21st century," the authors state, "the climate of North American urban areas will become, on average, most like the contemporary climate of locations 850 km away and mainly to the south, with the distance, direction, and degree of similarity to the best analog varying by region and assumptions regarding future climate."


You'll note that nowhere do the authors make belief a prerequisite to these changes. That's because belief doesn't matter: only things that aren't true require belief. Reality will impose its effects, regardless of whether not not you believe in it or not. Nowhere is that more true than in the execution of natural law. Don't forget your sunscreen.